This year Mercy celebrates turning one year old while David turns three years old. Their birthdays may be a few days apart, but they had the same due date of January 31st (2017 & 2019) when mom was pregnant! The closeness of age and ironic arrivals close together is a testament to how well these two get along as siblings. From the day Mercy was born, David has shown Mercy affection. David was not quite two years old when he met his sister and already he felt the need to hug her and announce to the world, “She’s mine.” David continued to hold Mercy as much as he could in the early months of her life. Now that Mercy is older & on the move, she seeks him out for hugs which sometimes results in them tumbling over together and laughing! David is well known for making Mercy smile, even when Mom and Dad can’t get the smile out of her! David has even formed a nickname for Mercy, simply “Merc.”

Mercy is a lover of all things food. The only food she doesn’t seem to like right now is mashed potatoes. David’s favorite foods are apples and ice cream. Mercy loves the dogs and politely ignores the cats, while David gets frustrated with the dogs but adores the cats.

Mercy & David are big fans of both Mom & Dad. When they want comfort or extra snuggles they seek out Mom. When playtime is what they want, Dad is the winner. Dad is best known as the jungle gym & keeper of the best, biggest toys! Mercy loves being home the most right now, but she is also a big fan of alone time with her Grandma’s. It’s a rare occasion not having her brother around, so she enjoys the extra attention from them! Being rocked to sleep is one of her favorite moments. David’s favorite of all time is Papa Donn right now. His favorite activities with Papa are running around and playing with his train set.

Mercy went on her first big trip this past year to watch her honorary Aunt Erin get married in Brooklyn! Second only to the bride, Mercy was a big attention grabber from all who attended. Fitting her Queen status, Mercy sat at the head table with Mom, the Matron of Honor. Mercy adjusted to all the traveling perfectly, and even enjoyed flirting with the photographer. This little girl experienced planes, a taxi cab, Uber and site-seeing on her first big trip – and loved it all! While Mercy was traveling with Mom, David found his entertainment at home amongst the mud, leaves & tomato fields. Most people would find mud messy, and be excited when things dried up. Not David! This lucky little boy has a big field as his backyard and got to play in his giant mud pit for weeks!

David adores his baby sister, but he also adores other babies and loves when new ones come along. He has been anxiously awaiting the arrival of a new baby cousin from Aunt Brooke and Uncle Craig. When Brooke was nearing the end of pregnancy, David started asking a lot of questions about the baby and took a large interest in Brooke’s belly. At Christmas he decided to share a cookie with the baby and placed the sweet treat in Brooke’s sweatshirt kangaroo pocket. To his surprise, a little while later when he went and checked on the cookie he found that Baby Cousin had taken a bite out of it! David searched for baby and was truly convinced his cousin was ready to share treats with him. Someday David will learn that Aunt Brooke was the true cookie monster that day!

Mercy is often described as an authentic, independent and determined little girl. She’s smart and intentionally makes decisions to see what she can get away with and what she can discover. She’s also a score keeper when it comes to David. Mercy will grab David’s toys, like his favorite John Deere combine, and David will get flustered and quickly pull it away from her. Mercy notes these instances and is known for waiting for David to not be around before going back to those favorite toys and rough house with it because she can!

Mercy has always had big feelings, and has not been afraid to show them off. Lately she has started expressing her distaste for being told “no” more and more. She’s more mobile and strong willed than a few months ago! Her frustration usually leads to foot stomping and huffing at Dad.

David is very good with his vocabulary and conversation skills. He is known to say things that leave the room in laughter. This past Christmas he politely asked Mom if she would build him a new baby sister. When questioned why and reminded that Mercy was his baby sister he said, “Baby sister is too big and too loud!” Even with all the love between these two, David has had to go through many adjustments this past year with Mercy growing up alongside him now.

David is following in his father’s footsteps when it comes to singing songs. Just like Dad, David will change the lyrics to make them his own and make the song more interesting. For instance, David has many versions of “Baby Shark” including “Wash my belly doo doo doo doo doo doo, wash my butt doo doo doo doo doo doo…” to fit his bath time routine.

Mom & Dad are most excited for summer with the kids this year. David and Mercy are usually attached at the hip and warm weather outdoors will bring many new opportunities for the kids to explore the farm together. Mercy will get her first real chance at playing in the mud like big brother, and may even enjoy it more than he already does! Only time will tell. 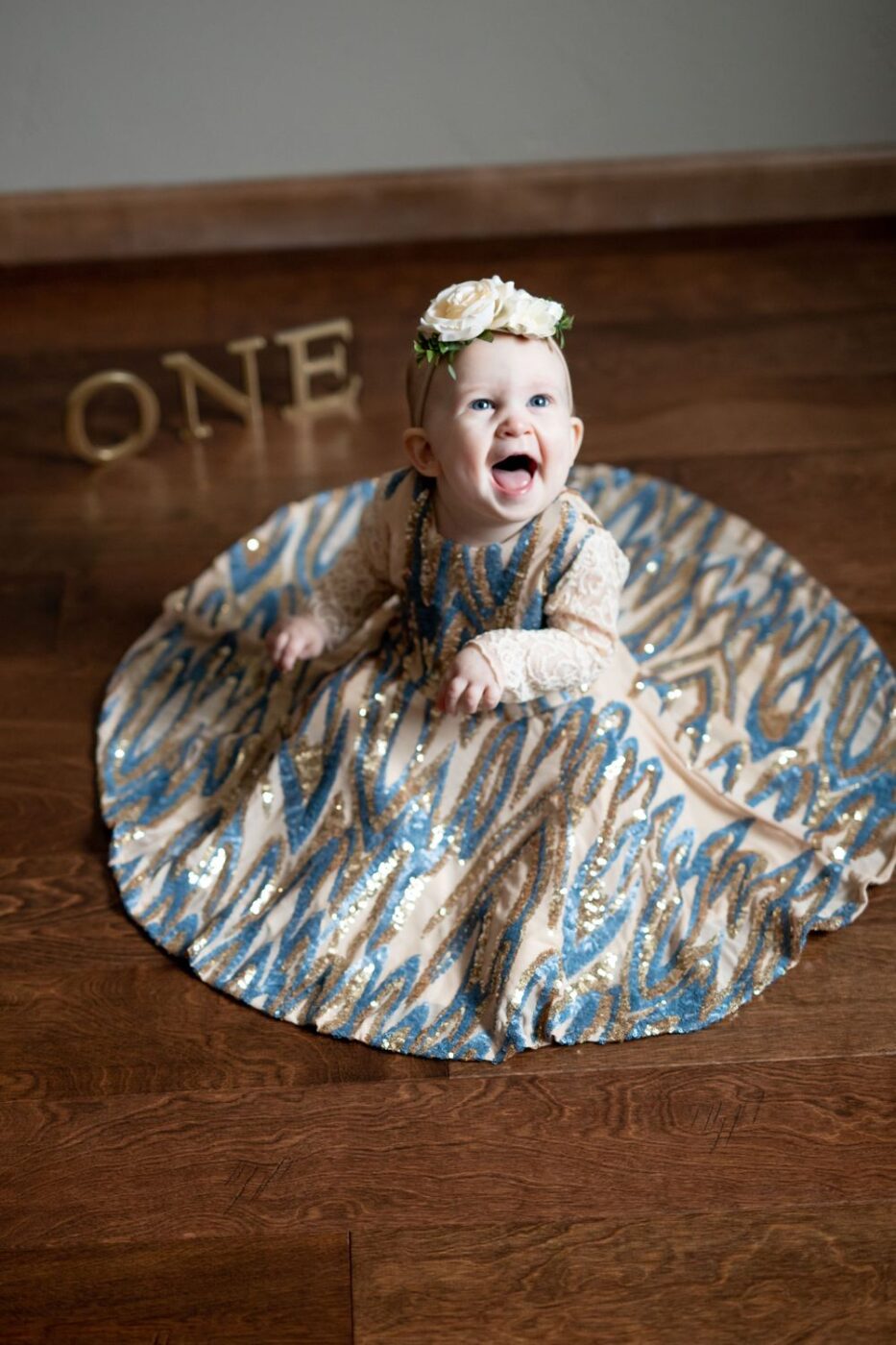 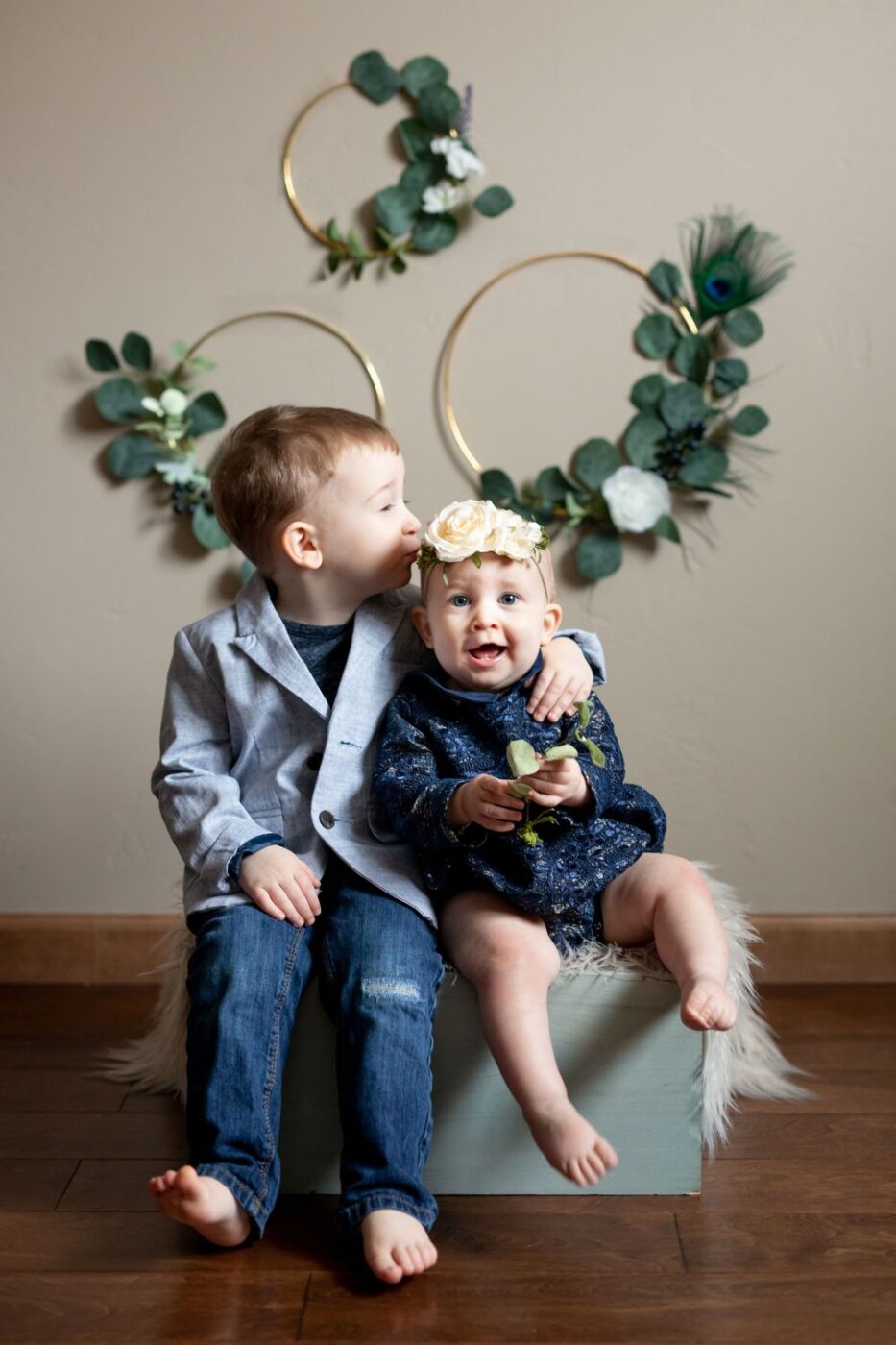 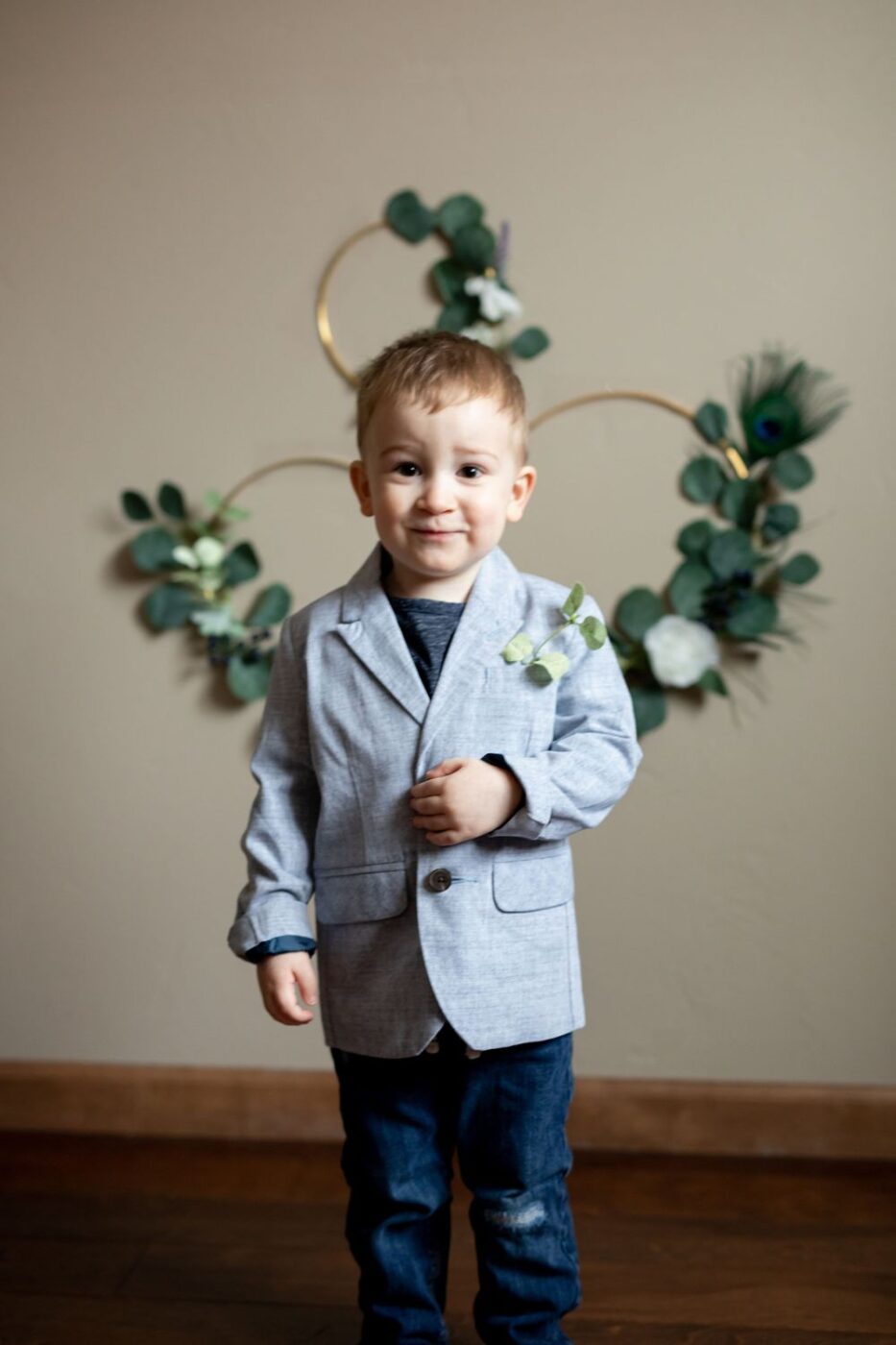 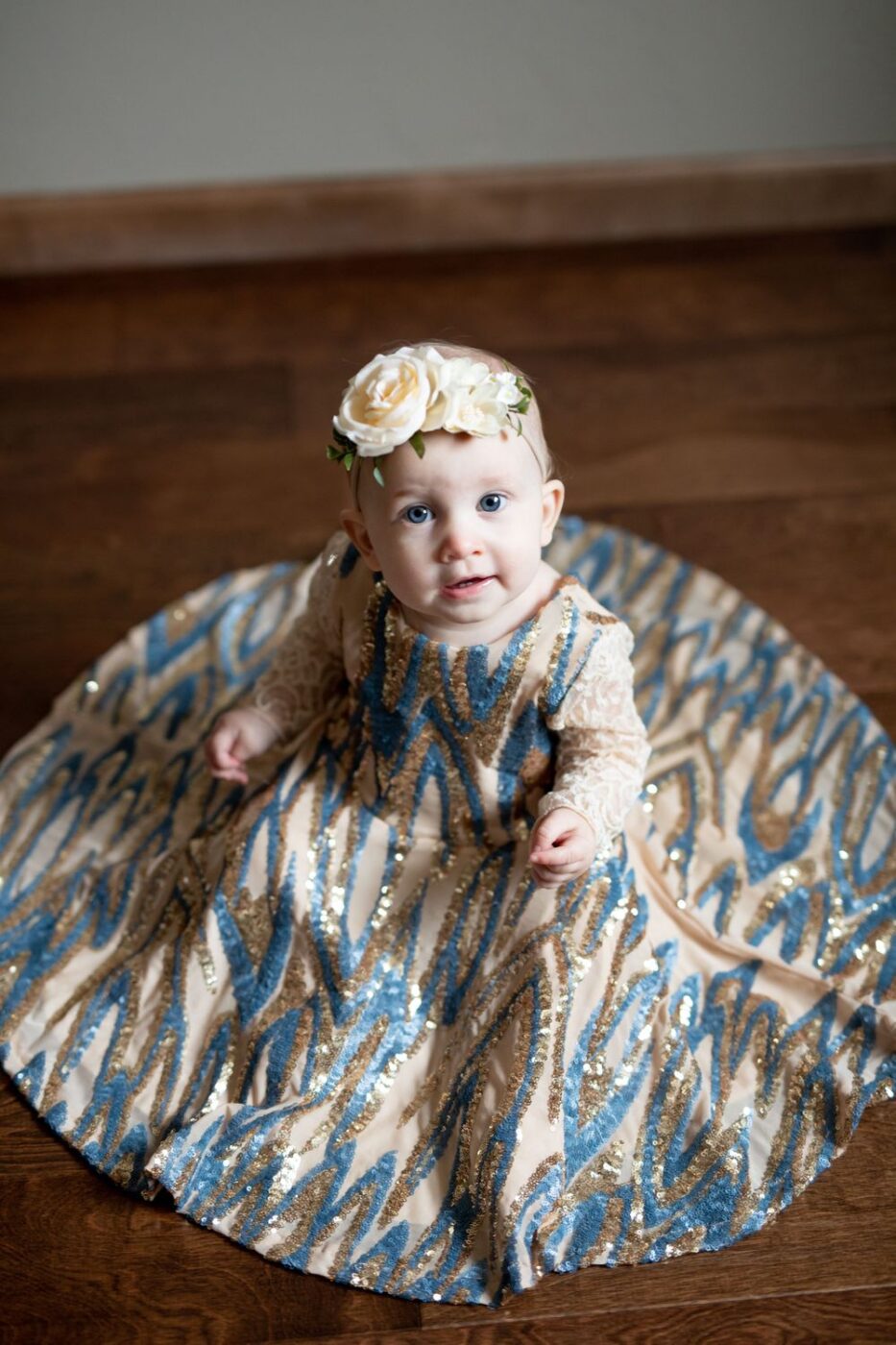 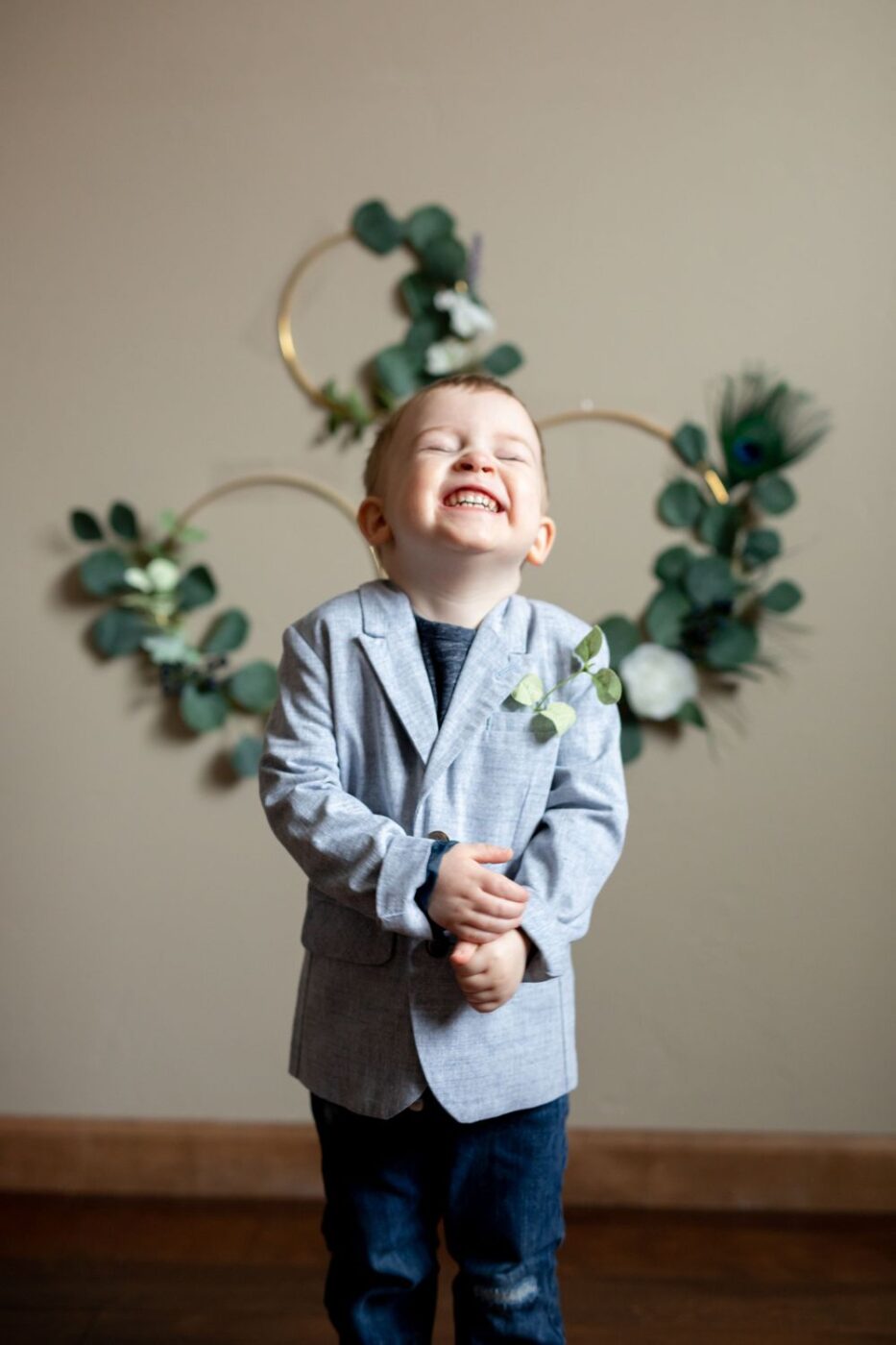 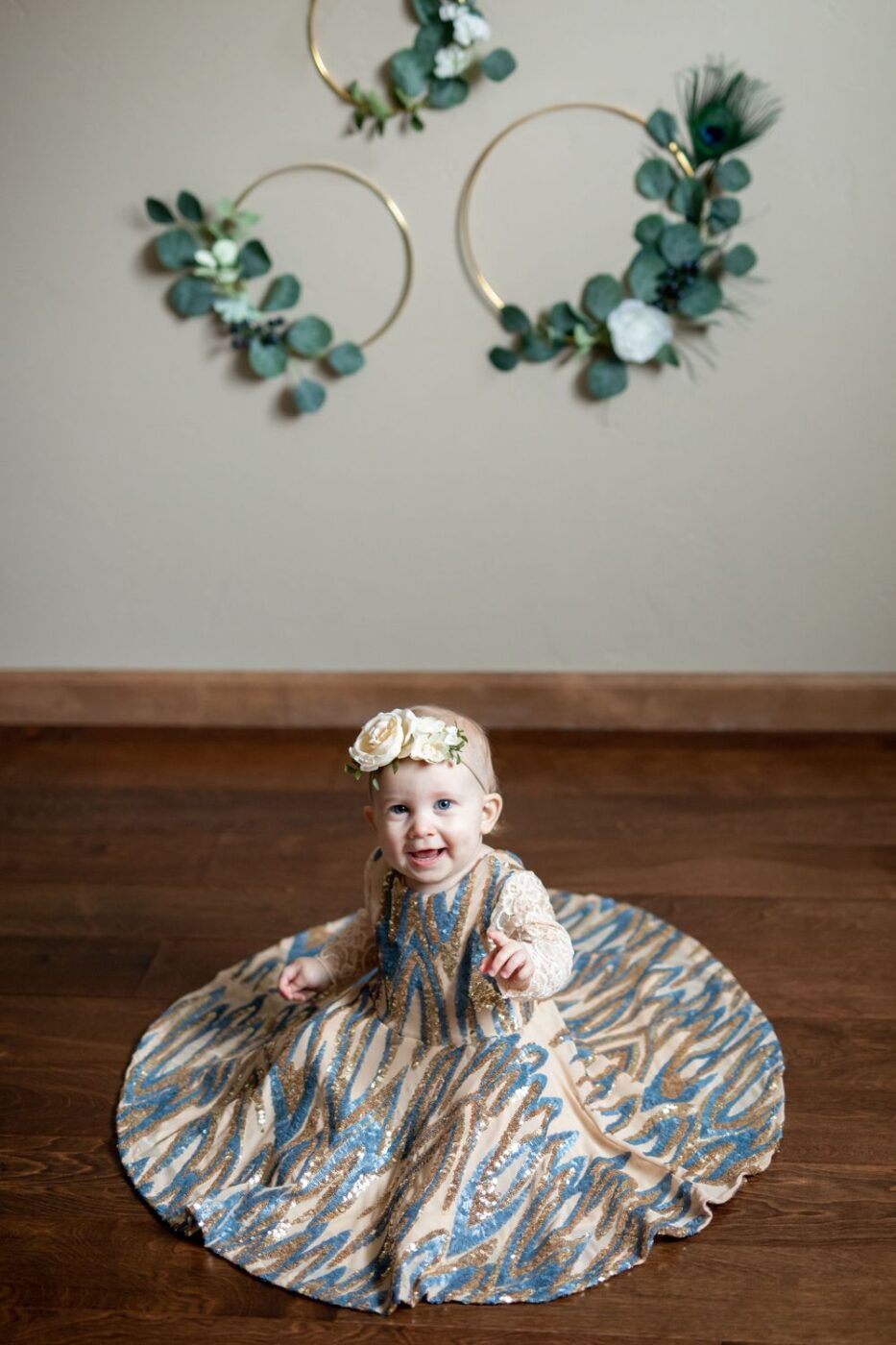